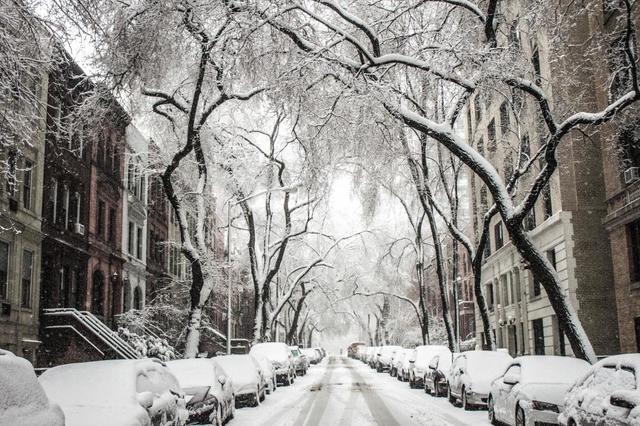 Wondering what the winter of 2019/2020 will bring?  According to Farmer's Almanac, we're in line for a "Polar Coaster!"  The term was created to describe the unusually volatile winter that the almanac is predicting for the Mid-Atlantic Region.  It will be “frosty, wet, and white,” with “above-normal precipitation.”

The Farmer’s Almanac has been making long-term weather forecasts since 1818 using methods developed by the almanac’s first author, David Young.  These methods have changed very little over the years and are “mathematical and astronomical” in nature. There are a number of factors used in the formula to predict weather, including, but not limited to sunspot activity, tides, the moon, and the position of the planets. The only person who knows the formula is Caleb Weatherbee, the almanac’s weather prognosticator.  But before you go Facebook-stalking poor Caleb, you should know that it’s only a pseudonym.  The almanac keeps Caleb’s true identity, along with the exact formula for predicting the weather a closely guarded secret.

Science will tell you that there’s really no way to make accurate, long-term predictions about the weather.  Even “scientific” sites like the National Oceanic and Atmospheric Administration (NOAA) Climate Prediction Center can only make broad, but strangely complex guesses on the probability that we will see more, less or the same amount of precipitation and change in temperatures.

But there have been other weather forecasters throughout history, who would beg to differ.  You can listen to crickets – count the number of chirps in 14 seconds, add 40, and Presto!  You get tomorrow’s temperature!  There’s always “Aunt Bessie’s knees ache, so it’s gonna rain.”  There are even weather “smells.”  Go outside and take a big sniff.  If you smell “earth and compost,” moisture is likely in the forecast.

One of the most widely known prognosticators is Punxsutawney Phil, the groundhog that has been predicting whether we will have an “early spring” or a “long winter” since around 1887 by emerging from his hole, located in Gobbler’s Knob, Pennsylvania (yes, really) and either seeing his shadow (long winter) or not seeing his shadow (early spring).  Phil communicates his prediction to the “Inner Circle” President in Groundhogese, a language only understood by the Inner Circle President.  According to groundhog lore, it’s been the same groundhog making predictions for these 132-or-so years, although normal life expectancy for groundhogs is around 6 years.  I suppose Phil would credit his active lifestyle and superfood diet for his longevity.

Another interesting weather soothsayer is the Woolly Bear Caterpillar (Pyrrharctia Isabella, but why would you EVER try to say that when you can just say “Woolly Bear?”)  This is the caterpillar that metamorphosizes into the Isabella Tiger Moth.  It’s usually black on both ends and a rusty brown color in the middle.  But sometimes, the rusty brown center is longer than usual, which means milder weather is coming.  Or, the rusty brown center is smaller, which means a longer winter.  The larger the black band, the colder and snowier the winter will be.

I know what you’re thinking.  Who believes this stuff?  Well, just ask the 100,000+ attendees at the Annual Dick Goddard Woollybear Festival, in Vermilion, Ohio, smarty pants.  If you just can’t get enough of the caterpillar madness, there’s the Woolly Worm Festival in Banner Elk, North Carolina.  About 20,000 folks attend that gathering.  (Yes, I visited a website called “woollyworm.com.”)  It gets better, though - there are caterpillar races to determine the “official forecaster” caterpillar.  I’m not done.  Over 1,200 caterpillars compete in over 50 heats throughout the day.  (Caterpillar races have “heats.”  Learn something new every day!)  The caterpillars race up a 42” section of string “attached to cardboard on the backboard of a flatbed trailer.”  Take a minute to visualize.  The winning caterpillar is used to predict the upcoming winter and receives $1,000, which is a nice down payment for…you guessed it…a cocoondominium!

Whether you’re a Punxsutawney Phil fan or a Woolly Caterpillar supporter, or you fear that you may get sick on the impending “Polar Coaster," or maybe you just want to make sure that your business is accessible in the snow, SBC Landscaping can help.  Contact us for a free estimate for snow removal.

Back to Previous Page
Back to News & Events

We serve the following areas