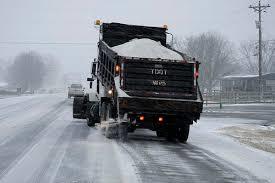 Using an ice melt product in the winter to break up the formation of snow and ice is an almost universal practice. States north of the snow line have serval options but which is the best?


The History of Salt and Ice.
Many people think that the use of rock salt began in the great Rocky Mountains of Utah and Colorado to keep cars from sliding off of the high mountain passes, or in England, where roads ice up sometimes in summer (kidding of course), but it wasn’t the state of Massachusetts that first began to use salt ice melt, it was their neighbors to the north, New Hampshire.

In 1938, New Hampshire began using sodium chloride as an experimental ice melt tool. By the 1940s, rock salt was used across the nation to keep snowy roadways clear, with some 5,000 tons of rock salt being used annually. Sounds like a lot of ice melt, huh? Well, 5,000 tons of rock salt may seem like a large amount of salt, but the United States currently uses upwards of 20 million tons of salt a year.

So, why have we begun to use such a large amount of rock salt? Well, to put it simply, it works. Bagged salt has proven itself to be an excellent tool for cities and states to keep their roadways clear for both pedestrians and traffic.

HOW IS IT USED TODAY?
Rock salt has historically been known as “road salt”  because we use it primarily on the streets and parking lots of communities. Coupled with a brine system (water and salt) it is very effective against ice build-ups pre and post-storm.
Currently, sidewalks are more commonly de-iced using magnesium chloride or CMA.  You can learn more about those products in the coming weeks as we explore the use of each type.

Stop in to learn more about the wonderful and exciting world of landscape and snow management here every week.

Back to Previous Page
Back to News & Events
Related Categories: Snow and Ice Management

We serve the following areas